Love and Hope in Action

It's gratifying when our clients are able to move out of homelessness and into a more productive life.

Contributions from our caring community help make this possible. Thank you! 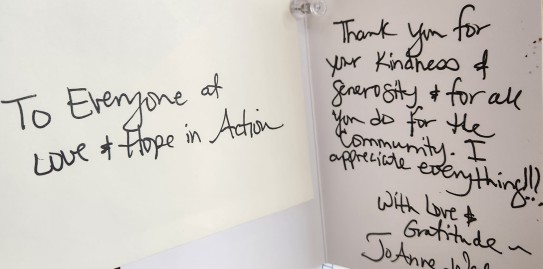 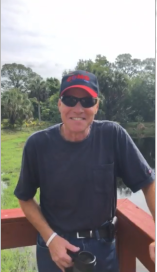 Tim Turns His Life Around

While driving home from Florida to Pennsylvania after a failed business trip, Tim's truck broke down on I-95. After walking to the nearest rest area, he returned to find his truck was towed. This series of events led Tim to suffer a mental health crisis. He lived in the woods for 25 days with very little to eat or drink. Eventually he found a church where he told the pastor he was suicidal and asked him to call the police. Tim was taken to Coral Shores Behavioral Health in Stuart where he was examined and provided with proper medications to address severe depression and obsessive compulsive disorder.

Upon his release from Coral Shores, Tim had no options. His truck had been impounded and he had no money.  He was referred to LAHIA.

LAHIA reached out to its partners, St. Vincent De Paul and Friends at Loblolly, who helped provide the funds necessary to get Tim's truck out of the impound yard. LAHIA also provided Tim with a tent, sleeping bag, food and backpack.  Almost immediately, Tim set to work to get his life on track. He began working day labor jobs; his work ethic caught the eye of his supervisor who recommended that Tim reinstate his CDL Hazmat license so he could truck hazardous materials.

Yvette Gregory, LAHIA Client Services Director, helped Tim find housing by submitting an application to Camp Haven in Vero Beach.  Tim was accepted and moved into Camp Haven in mid-March. His life had turned around considerably and he was extremely grateful for the support and caring he received at one of the lowest points in his life.

When Chris O'Connor injured his shoulder and wound up losing his job and housing in 2018, he found out about LAHIA from a friend. At LAHIA, Chris was connected to Volunteers In Medicine and Vocational Rehabilitation to assist him in his recovery. Since Chris turned 62 in December 2018 and became eligible for Social Security, LAHIA also helped Chris facilitate the Social Security application process,.

Once he started receiving Social Security checks, Chris had a monthly income to help sustai him. With assistance from LAHIA and the support of Friends at Loblolly, Chris was also able to obtain the eyeglasses and dentures he needed.

The next step for Chris was to apply to the Faith Farm Recovery Program in Okeechobee.  LAHIA helped him with the application and fee so Chris could move forward and change his life for the better.  Once Chris completed the Faith Farm program, he was able to secure his independence once again. 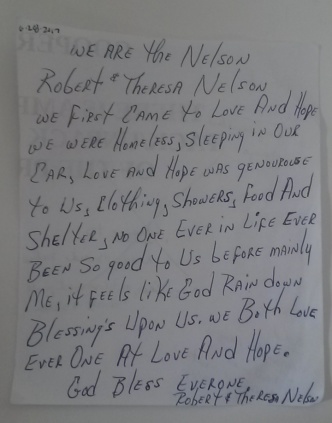